Well, 4pm local time has rolled around, and the blog’s daily stats have reset.  Odd time for it, and the spiritual blog resets at a different time.  I *think* it’s the hour your blog first goes live that determines it’s reset.

Anyway…  I did NOT break that viewing record yesterday, BUT we crashed both the daily views and likes today:

I tied my best day for unique visitors at 69

So since I’m officially post whoring now…  Here’s a few more pictures of characters put together from the Champions character creator:

First…  An OLD character that was actually part of the inspiration for Witchfire.  Her name is Eldrictch, AKA Becky Carsen.  She’s a half elf mage and used to tend bar at Club Caprice in Champions Online.  It was a fun way to get to talk to other players without committing to major projects.

Her costume displays some of my dislike for the costume creator.  Pieces like her magical bracers were sized to fit male characters and never scaled down for women.  The belt and necklace are huge also.

Next up is a failed attempt at recreating Witchfire herself.  I much prefer the Morrigan statue that I have pictured in her story section.  It’s a near perfect representation.  This…  Well I thought people would find it interesting if nothing else: 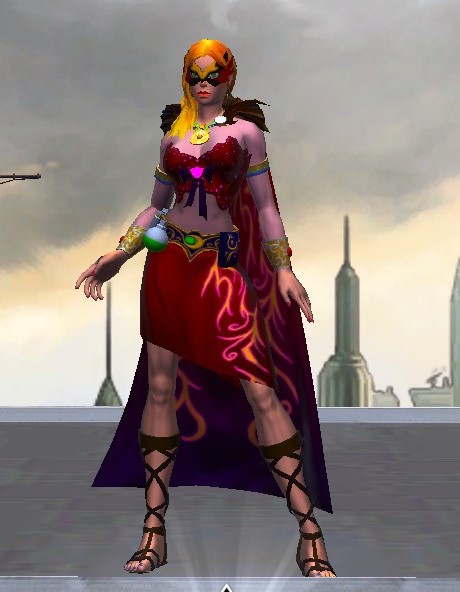 Next, I actually did get a good representation of my tongue in cheek Dr Strange clone in the Witchfire stories.  I give you the infamous Dr Steven Weird: 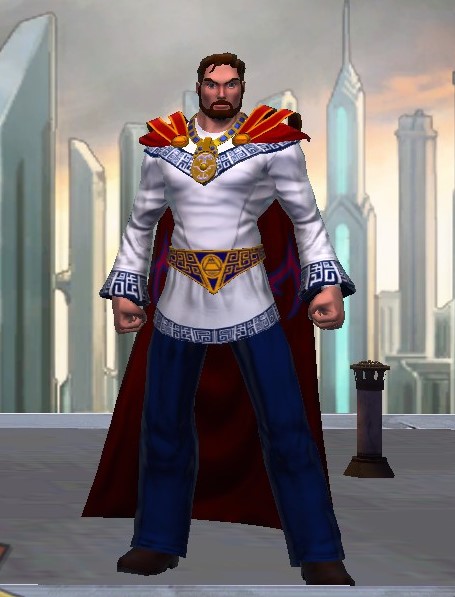 Last but hardly least, a special treat.  Jennifer Saunders, AKA Liberty Gold in the game.  She will actually be the star of the first non-erotica book I’m writing.  Probably with a hero name change though. 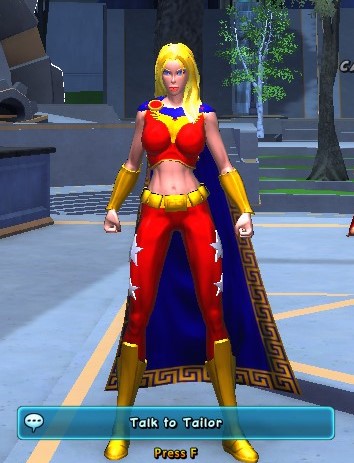 There’s some irony coming here…  See, in quite a few of the blogs I’ve followed, I keep agreeing via comments that they do indeed need to given themselves permission to take a break and recharge their batteries.  I point out that Stephen Covey’s habit #7 of the “Seven Habits of Highly Effective People” is to stop and sharpen the saw.  That way your woodcutting will be easier when you return to it.

Saw and woodcutting are metaphors obviously, and the message applies to any job or task.  I found out tonight (earlier this morning) that I’m NOT immune to that advice.

I’ve been stressed out, no energy or creativity…  Anybody following the blog the last few weeks knows things have been chaotic.  I spent more time trying to get things done and worrying that I wasn’t than I did doing said things.  My writing muse was dead.

Earlier though, I fired up Steam and just played Soul Calibur 6 for a little bit.  I’m amazed at what a difference letting everything go for a few hours made.  I feel completely refreshed mentally and spiritually.  I guess I shouldn’t be surprised.  It’s the first time I’ve given myself any real leisure time and stopped worrying about things for a few months.  My productivity was crap the entire time too.

Bottom line; I’m going to allow myself to sharpen the saw a little more often.  While still keeping my eyes on my writing goals that is.  🙂